Nationally, many programs like ours have been faced with the same challenges. While emergency shelter provides immediate safety, it is often a temporary reprieve from the violence and places limitations on the number of victims the program can serve at one time. Lives and families are uprooted in an instant that can lead to long-lasting effects.

Dr. Cris Sullivan, Professor of Ecological-Community Psychology and Director of the Research Consortium on Gender-based Violence, is a longtime researcher on the effects of shelter on victims of domestic violence. In a study, Dr. Sullivan found that

· 10% reported the violence had not only continued, but had escalated.

The national Domestic Violence Housing First (DVHF) model has researched and documented the emotional and psychological impact of communal sheltering services on victims of domestic abuse. One particular study of 278 participants found:

· 278 participants who had received shelter,

· The stress of a communal living space coupled with the uncertainty of stable housing increases the level of stress and trauma victims feel after choosing to leave their abusers.

· 38% of children living in shelter missed 6 or more days of school a quarter,

“We simply cannot overstate the importance of safe housing for survivors who are fleeing their homes due to abuse. Nearly 60 percent of all homeless women report that domestic violence was the immediate cause of their homelessness. Safe housing is literally a lifesaver. Once housing is established, it is a stepping stone to a life free of violence”, Kim Gandy, President and CEO of the National Network to End Domestic Violence, has stated.

Safe housing is permanent and stable and provides a home for victims and their family to grow roots.

The goal of this new model is to reduce the amount of time victims and survivors are homeless. Family Services Incorporated recognizes one of the main reasons victims stay and feel powerless to leave an abusive relationship is the fear of being homeless with no stable long-term housing to go to.

In 2016, the Victim Services Program served 583 victims of domestic abuse and violence; however, only 100 were used shelter services, yet it costs $200,000 to operate. In Blair County, the cost to shelter a family of four in the domestic abuse shelter averaged the same cost as the average rent for a family of four. By reallocating these funds Victim Services Program can serve more victims and survivors in more meaningful ways.

Emergency sheltering protocols will still be utilized for victims who need it; it will just not be in the same fashion as before. The safety of our clients remains the Victim Services Program’s top priority. The Domestic Violence Housing First, in partnership with The Washington State Coalition Against Domestic Violence, and Volunteers of American Home Free conducted a series of studies on the benefits of utilizing a Housing First model with victims and survivors of domestic violence. Across the country, communities like Blair County are able to provide permanent and stable housing solutions to victims and survivors, making it easier to leave the abuse for good. 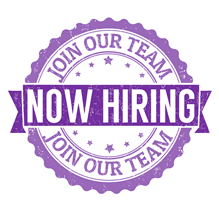